Lost Behind The Mirror

feminist, dreamer, a hippie at heart and always looking for answers

latest articles: Lost Behind The Mirror

feminist, dreamer, a hippie at heart and always looking for answers

latest articles: Lost Behind The Mirror

What horrible irony it is to say that we had a rather quiet and peaceful week in the eyes of the event in Las Vegas, in the eyes of yet another horrible shooting, unnecessary shedding of innocent lives. Our week started with the live coverage of the horrific events and to which I asked hubby to change the channel at first because I couldn’t watch the cell phone video footage capturing the horrible rattling of gunfire into the crowd of innocent people from an invisible place above.

Though my thoughts go out to the families and victims, I know very well that “thoughts and prayers” are not enough and some sensible gun laws need to start being made. I still can’t understand this nation’s infant-like clinging to guns as if the average American was in constant danger of getting attacked by a bear or a pack of wolves.

Asides from the horror in Las Vegas, far away from it all, here in Colorado, fall has taken over, but the mild, sunny fall that is usual in this area. The air is filled with slight gusts of chilly air from the snow-capped mountains and tons of butterflies whose migration route leads them right through this area. It’s a magical sight, butterflies all over. The kids and I spent these days out and about, the kids playing with other kids on the playground, chasing each other, marveling at the butterflies and running behind them whilst their colorful wings dance in the air, the mild breeze only ever slightly interrupted by the joyful screams and yells of blissful children.

Since the kids spent hours after hours outside, basically ALL THE TIME that we weren’t doing homeschool, I had plenty of chance and time to pick up a book and read some more again. I used to always have my nose in a book and I miss the peace written words that take you off to distant lands brought into my life and it’s been my resolution forever to read some more of the literary classics.

I finished Richard Laymon’s “One Rainy Night”, which admittedly is probably as far from a classic as can be, but nonetheless thrillingly written and entertaining enough. If you like brutal horror stories that don’t fuss around, fast-paced action, and not a second to breathe until you finished the book, this might be for you. Be warned though, Richard Laymon sure is not for the squeamish kind. 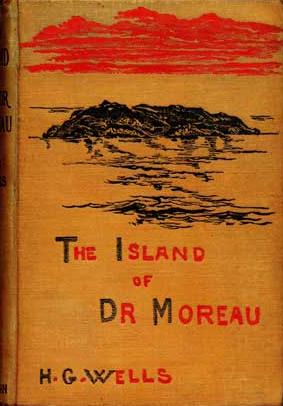 Furthermore, I devoured H. G. Wells’ novel “The Island of Dr. Moreau” – a literary classic for obvious reasons. Following the misfortunes of Edward Prendick, who gets stranded out at sea and ends up on a strange island with even stranger happenings and creatures lurking in the dark of the thick jungle, this book captures mankind’s deepest horrors and challenges our ethics in the eyes of medical and scientific research. Very interestingly, the topic is still applicable to our modern days and times, even over 100 years after the book had been written. The beautiful turn of the century language in which it is written is pure bliss in times of incomprehensible gibberish even out of the mouths of the world’s most important leaders…

Right after finishing that, I went on to start on H. P. Lovecraft’s “Call of Cthulhu” – another classic that immediately sucks you in with its beautiful wording and language, captivating and enchanting after just seconds…

Hubby and me also binge-watched almost the entire first season of Ozark. Money laundering, angry mob bosses and a family on the run, laundering money together in the Ozarks. The show reminds me a little bit of Breaking Bad and if you liked that, this series might be for you, too. The characters are well played and relatable, the story full of surprises, twists, and tension.

We also watched the horror movie Wolves At The Door, which was supposed to be based on the Tate murders in 1969. Even though the gruesome story has a lot of potential, this movie managed to miss it almost all. It turned out to be a semi-thrilling, typical slasher that had only superficially drawn from the famous Manson murders. I expected a lot more, this was only mildly entertaining and barely scary.

Another disappointment in the horror movie segment was Cult of Chucky. Bad storyline, more a desperate attempt to keep the franchise going than solid horror, bad murder scenes, unimaginative and boring. This movie was an utter disappointment.

Apart from hubby’s birthday and some friends over, nothing much happened this week. I have to admit, I am enjoying the quiet, boring seeming days recently, my anxiety is still there and panic attacks come here and there and I appreciate any peace and quiet and don’t miss any tumult or adventure right now. Our upcoming week will hopefully be just as quiet and boring, we will spend as much time outside as possible, maybe visit a pumpkin patch or do some Halloween shopping.

I only blogged my last life update no.3 and an interview about life with Borderline and Depression.

I read this great guide to gender and identity, for all who struggle with what transgender, gender identity, and more mean.

An interesting insight into the vanishing middle class and the correlated struggles of Americans.

A very important guide on how to practice self-care in times of overwhelming social media coverage of negative events and how to distance yourself from the suffering in the world.

What are you up to in the coming week?

I hope, your week went well, greetings from Colorado, and a wonderful start into the new week.